Like any difficult situation, it’s important to first realize that you are not alone.  Consider these bankruptcy statistics:

What do these numbers tell us?

Anyone at any time in any place can struggle financially.  (Please see the list of well-known individuals and companies that filed Bankruptcy below.)  During their free initial consultation, many of our clients talk about how their families were hit hard by large medical bills.  Others explain how downsizing at their former employer forced them to start using credit cards to pay everyday bills.  Some even admit that living above their means for too long was a mistake they wish they never made.

When it’s all said and done, it doesn’t matter what brought you to this website for help.  It’s available to you now.  At Berry & Associates, we’ve helped thousands of Georgians just like you protect their property and get back on their feet.

Call the Atlanta law offices of Berry & Associates now to schedule your free consultation at one of our 11 Georgia offices.

Famous people that have filed bankruptcy:

Well-known companies that have filed for bankruptcy protection: 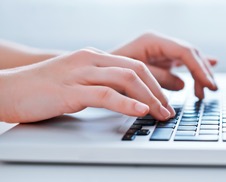 The information on this website is for general information purposes only. Nothing on this site should be taken as legal advice for any individual case or situation. This information is not intended to create, and receipt or viewing does not constitute, an attorney-client relationship.

No content on this site may be reused in any fashion without written permission from www.georgiabankruptcyfiling.com